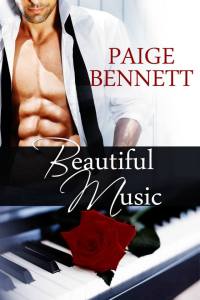 Nyree Grant, a rising singing sensation discovered on YouTube, longs to meet a man who can match her in the passion department. Jack Harris, a successful contractor, has become obsessed with the beautiful singer after seeing her internet video. He’s thrilled when she’s set to play some concerts in his city. His goal is to meet, and to have, the lovely chanteuse. It is lust at first sight for the two and they soon find that they make beautiful music together.

Beautiful Music is a sexy quick read, about two people who wanted each other at first glance.

Jack finally got to see the woman of his wet dreams, he went to her concert and planned to meet her in person after. But work got in the way and he had to leave before he could. But he won’t give up and the next chance he will be successful and make his wet dreams come true. And Nyree will happily contribute to it.